Click the link above to play games about Canada. 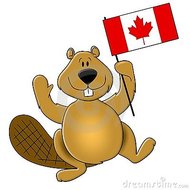 Click the beaver to go to the Canada Intro Assignment Video 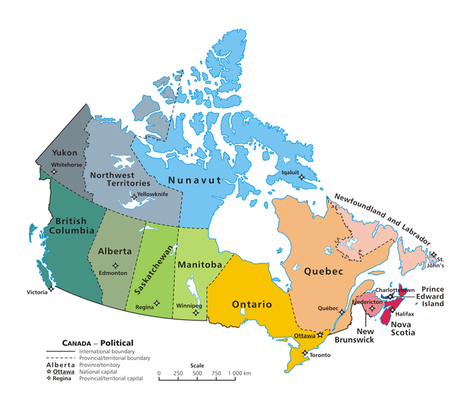 The ThingLink activity below will help you be able to locate the landforms on Canda. 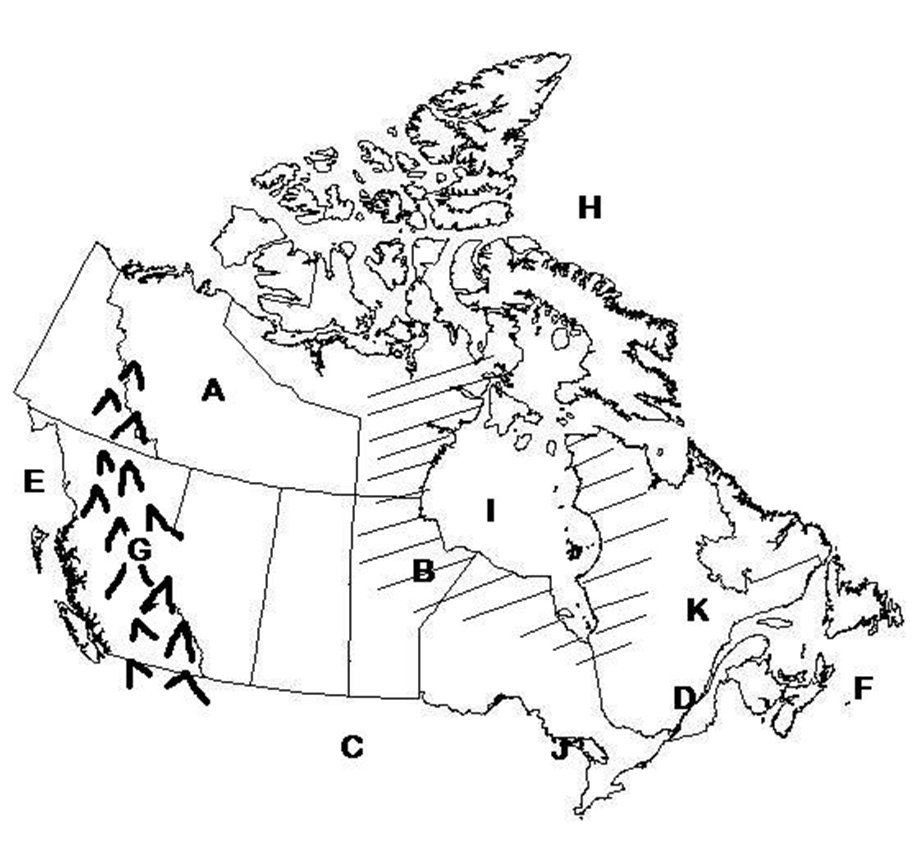 The Prezi below will help with the Environmental Issues; includes text, image, and video
Prezi outlining Canada as a whole.
Images detailing population distribution in Canada 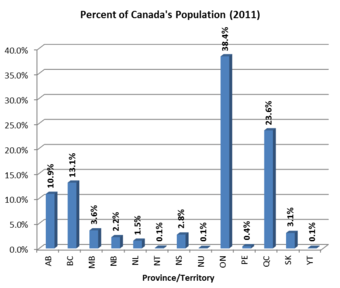 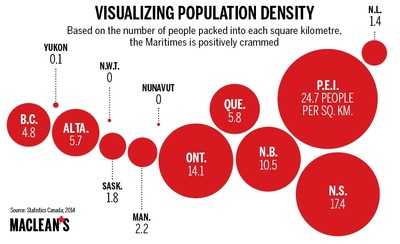 Alberta-based Vitality Air, and their founders Moses Lam and Troy Paquette, have built a business around taking air from Banff and Lake Louise, where admittedly, some of the freshest air in the world can be found. Initially starting as a joke eBay ad selling a bag of air for $0.99, they eventually found a niche and built a business.
The guys use something called ‘clean compression’ to put the air into large canisters from the locations. They then take those canisters to their facility and bottle it in aluminium cans for retail consumption. They also bottle pure oxygen.
According to their website, you can either spray the air around you, or use a special breathing mask to inhale it. Most cans are good for 150 -200 breaths.
Starting with a post just referencing the environmental issues in Asia, their business started booming and they’ve lately been cashing in on Beijing’s worsening air problems, selling aluminum cans of their fresh mountain air and oxygen for around $10-20.
It may seem like a joke, but once upon a time, bottled water was considered a joke, now it’s a billion dollar industry. It seems that people will pay premium dollars for a premium product, and air is just the next frontier.
These guys have taken an idea and turned it into a business.  Entrepreneurship at work!! 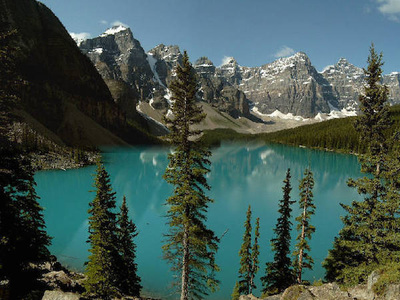 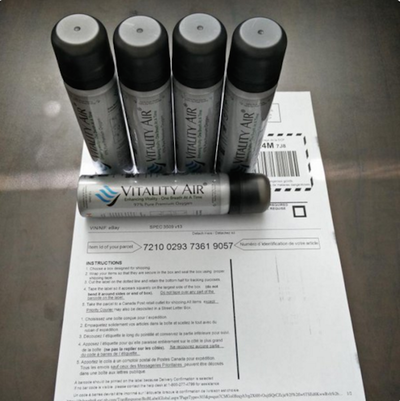 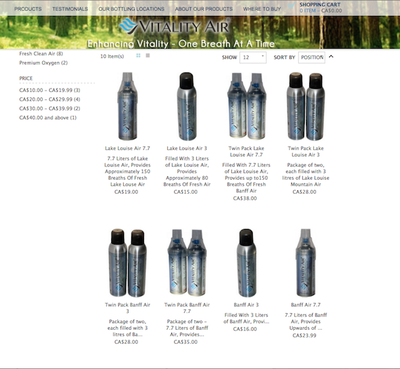 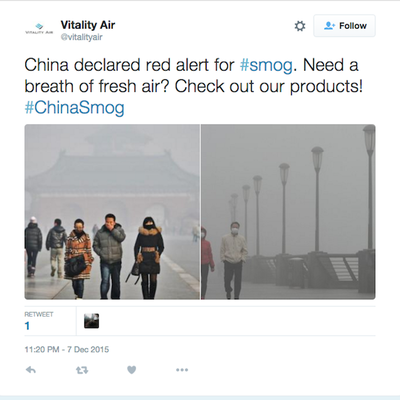 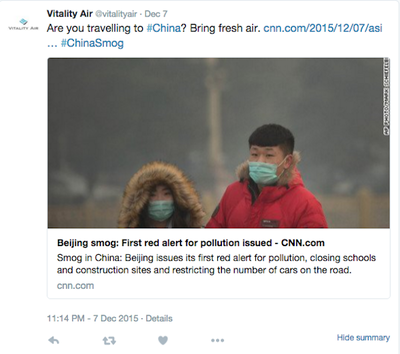